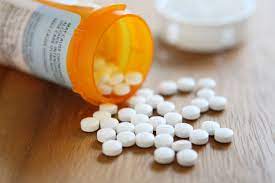 Study findings were recently published in Proceedings of the National Academy of Sciences of the United States of America that highlight the potential of the antidepressant fluoxetine to lower the risk of developing dry age-related macular degeneration (AMD).

The approval process for a new drug can sometimes take decades so researchers often look at current drugs to see if it is viable to repurpose them as other treatments for other conditions. Fluoxetine is structurally and functionally comparable to an investigational medicine known as CY-09.

Researchers examined data that was gathered between 2006 and 2018 from 100 million Americans to see if fluoxetine might be used to reduce the risk of AMD. What researchers found is that fluoxetine inhibited the inflammation that leads to eye injury. Patients who used fluoxetine at some point in their life had a 15% decreased chance of developing dry AMD.

In addition, injections of fluoxetine into the eyes of mice with dry AMD protected the macula against inflammation and macular degeneration. Mice injected with other types of antidepressants did not experience the same protection.

A prospective clinical study will be needed to see if fluoxetine helps prevent the onset of macular degeneration.